Why is ‘Outbound vs Inbound Sales’ Even a Question in 2020?!

Outbound vs inbound sales is a battle that’s still ongoing in 2020. We’re putting the two against each other in this blog and listing their pros and cons. 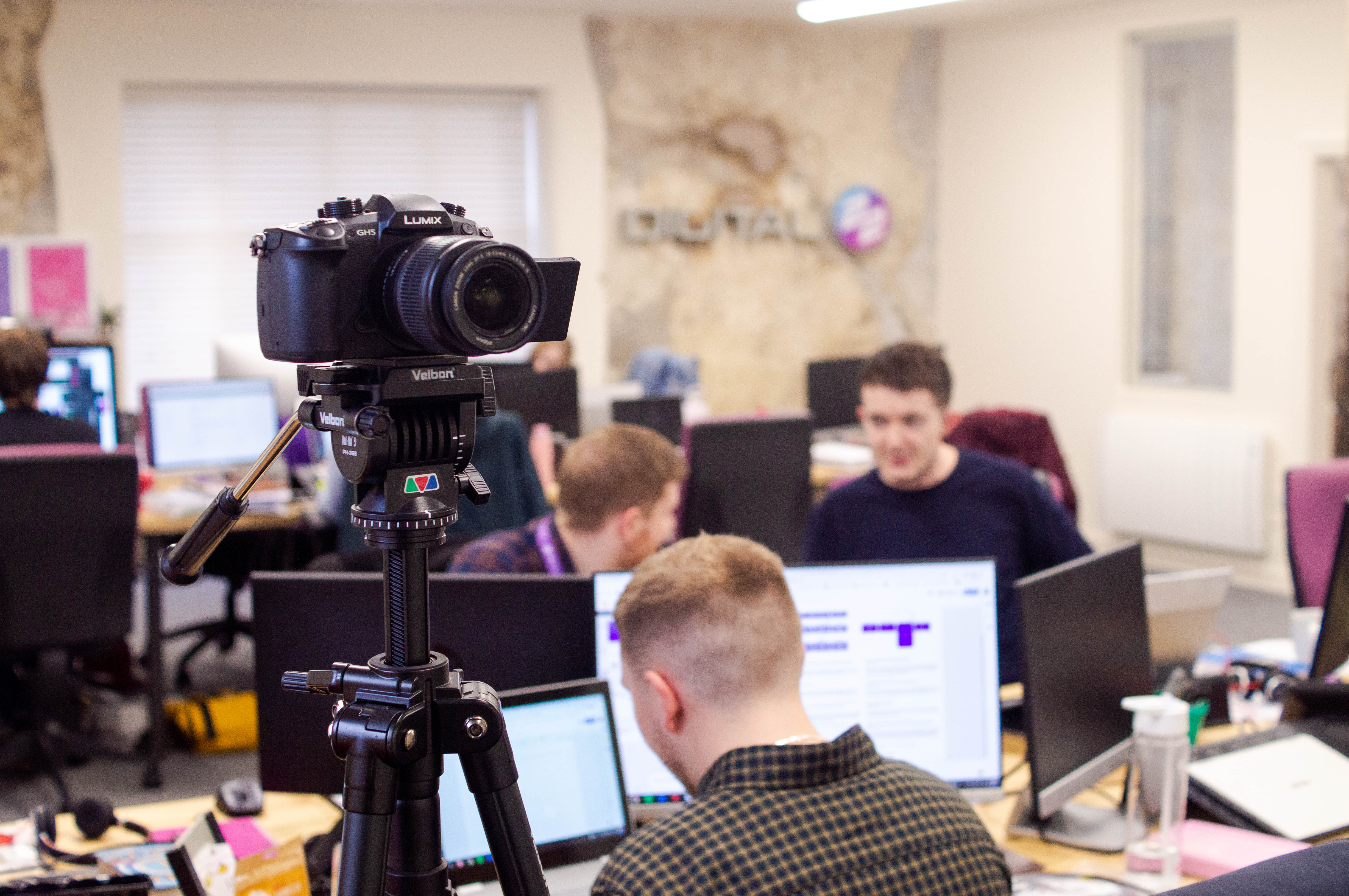 Outbound vs inbound sales is probably a bigger battle than Marvel and DC or the Boston Celtics and Los Angeles Lakers, as both sides will tell you that their way of marketing is the ‘right’ way of doing it. Obviously, by now you know what each method of selling is all about and even though it sounds straightforward, both employ different channels and have their own pros and cons.

So, here’s a friendly battle between the pair to help you implement the right sales tactic.

Outbound is usually seen as the ‘traditional’ sales strategy which sales teams have been using for years to reach out to prospective customers.

Some of the traditional channels include:

Reach a Wider Pool of Prospects

A big advantage of outbound sales is that sales teams are able to reach people who may not be aware of the product or service being offered. Although it can take the right person to answer the phone, outbound sales teams can see some success if they’re able to engage the customer enough to make a sale.

If that’s something that works for your particular business, then great. Picking up the phone and offering to help potential customers that might be interested in your services is a risk, but it depends on the type of business you are and how much success you’ve had. If you’ve found that it’s working perfectly for you to this day, then you might benefit from sticking to the method.

Although, outbound sales does have its fair share of disadvantages.

Before we dive into why outbound sales might not be the best approach for your business, check out these stats which speak volumes:

This should tell you that the customer is now more empowered than ever and isn’t persuaded by interruptive and aggressive sales tactics. Thanks to the internet, buyers now have the power in their hands so they can research to find what they want and when they want.

With outbound sales using the cold calling method commonly, it’s something the customers find irritating. In fact, customers are now beginning to ignore these types of calls altogether as they don’t want to waste time listening to a generic message that’s been used for multiple calls that day.

It isn’t sustainable either.

Outbound sales result in your team having to call hundreds of prospects each day before they can find the right person - if they can at all. There’s no guarantee that a customer will be positively responsive or even show any genuine interest in what you’re offering.

It Can Affect Your Reputation

In turn, that can damage your reputation as outbound sales basically distracts buyers from whatever they’re doing. They don’t want to be enticed to purchase something and then those callers also become rude because of these aggressive tactics and they spread the word, ultimately affecting your reputation.

Outbound sales take a lot more time and it’s a very slow and exhaustive process. Prospects have become wise to the pesky outbound sales tactics and as they have content available on the internet, they’re going to be looking for answers themselves.

Now, it takes a lot more time for outbound sales teams to reach decision makers or even keep their attention.

Through outbound sales, it’s also difficult to educate. Explaining a product or service over a phone call isn’t going to work that well as it’s challenging. Prospects want visuals, body language and even emotional cues in person rather than false promises.

Outbound sales teams don’t have that access to the latest technology they can actually use. Alternative methods like inbound are steamrolling ahead with automation platforms, content management systems and more. At the same time, more and more prospects are now technologically advanced and would relate to companies that are more digitally-driven too.

They’ve implemented caller ID, call blocking, spam filters and more. Outbound sales are far behind in terms of technology and it’s going to take a serious effort to ever catch up.

Plus, communication is only one way and customers aren’t always ready to buy when the message is received, so it’s not the most effective sales tactic for your team to adopt.

Inbound sales is the more modern approach to sales where sales teams can acknowledge and leverage the fact that today’s consumers have free-access to plenty of information online. Inbound sales place an emphasis on the buyer’s requirements and aims to establish trust and a personal connection by offering relevant content the buyer is looking for.

Rather than your sales team aggressively pursuing prospects, inbound sales is about attracting interested consumers and then offering them quality content to convert them into leads.

The channels that are commonly used include:

The most impactful sales tactic possible is a human one-on-one interaction, which is achievable with inbound marketing thanks to the ability to personalise each piece of content. It allows inbound sales teams to engage with buyers and build a strong connection which lets them move down the buyer’s journey seamlessly through the right type of content.

Outbound sales are all about guesswork as some days, nobody might be willing to converse on the phone. With inbound marketing, there’s technology available, such as HubSpot, where features like lead scoring can be used.

This way, inbound sales teams will know exactly which leads are a good fit and which aren’t, allowing to close sales more efficiently by only focusing on the relevant ones.

Buyers need to actually know your inbound sales team and the company they could be buying from or working with. By creating great content to share with prospects, they’re likely to be satisfied as their challenges have received suitable answers and in turn, they could end up sharing that on social media to raise further awareness.

On the flip side, a poor outbound sales experience can also find its way online which can damage a company’s reputation.

Modern buyers are different now as the power has shifted massively. Inbound sales team can adapt to keep prospects more informed and in the know. By helping them with their pain points, prospects and leads are more likely to keep you in mind.

And with this customer loyalty comes increased sales.

As good of an approach as inbound sales is, there are some drawbacks that need to be highlighted.

Although, there are ways around it.

For example, having a shared goal and aligning both teams can play a big role in making inbound sales a success. By implementing technology, only the best leads are focused on and with no guesswork whatsoever, inbound sales teams manage to close more leads than those in outbound teams.

As you can imagine, the inbound sales advantages trump what outbound sales now offer. The decline of outbound sales tactics is a response to a recent and fundamental shift in consumer behaviour. With people now more in control of what information they want and how they choose to digest it, inbound sales can benefit a lot more as they provide more value and education to secure leads.

Even data has shown that 68 percent of companies enlisting inbound strategies feel their marketing strategy is more effective compared to the 48 percent that use outbound tactics.

To show you that it can work, we’ve actually got proof to show you how successful inbound sales can be in comparison to outbound.

Sales Enablement: How We Used Automation to Nurture Leads Digitally and Physically

Since we started working with a client who originally used the outbound approach, the inbound methodology saw their website views go from around 300 to 7,000 per month. Obviously, this wasn’t going to be enough and continued working to improve in every area possible.

Initially, there was reluctance from a traditional outbound sales team to embrace inbound and the use of a CRM. However, the change saw their sales and commission increase, while the client went from £3.8 million turnover to close to £5 million.

Through the introduction of HubSpot and sales automation, this level of insight and the freedom to work on other things saw the number of deals closed increase by 82 percent within the first six months, production was up, more people were hired and profits increased.

If you want a more in-depth look at how automation helped one of Digital 22's clients grow rapidly - and they’re still growing to this day - head over to this blog to see the results for yourself.

Now that you know how beneficial inbound sales are to closing leads, take the next step to helping your sales team close more leads with sales enablement by downloading our free eBook.

There’s a lot to consider. Sales trigger events, lead qualification processes and even sales collateral ideas that need to be taken into account.

The eBook covers a range of topics, from how you can align your sales and marketing teams, tips on increasing sales productivity, how sales enablement actually works and so much more.

Originally Written: Apr 2015 Blog Updated: Nov 2019  Outbound marketing is one-dimensional as companies reach out through interruptive or obstructive techniques. Inbound is adaptable. It refers to a marketing style where customers search for helpful and holistic content supplied by businesses relevant to their needs.

New to Inbound? Here's How to Nail Inbound Marketing in 2020