If you couldn’t make it to LOVE INBOUND earlier this year, then find out what HubSpot’s Christian Kinnear had to say about the future of the platform in this fireside chat. 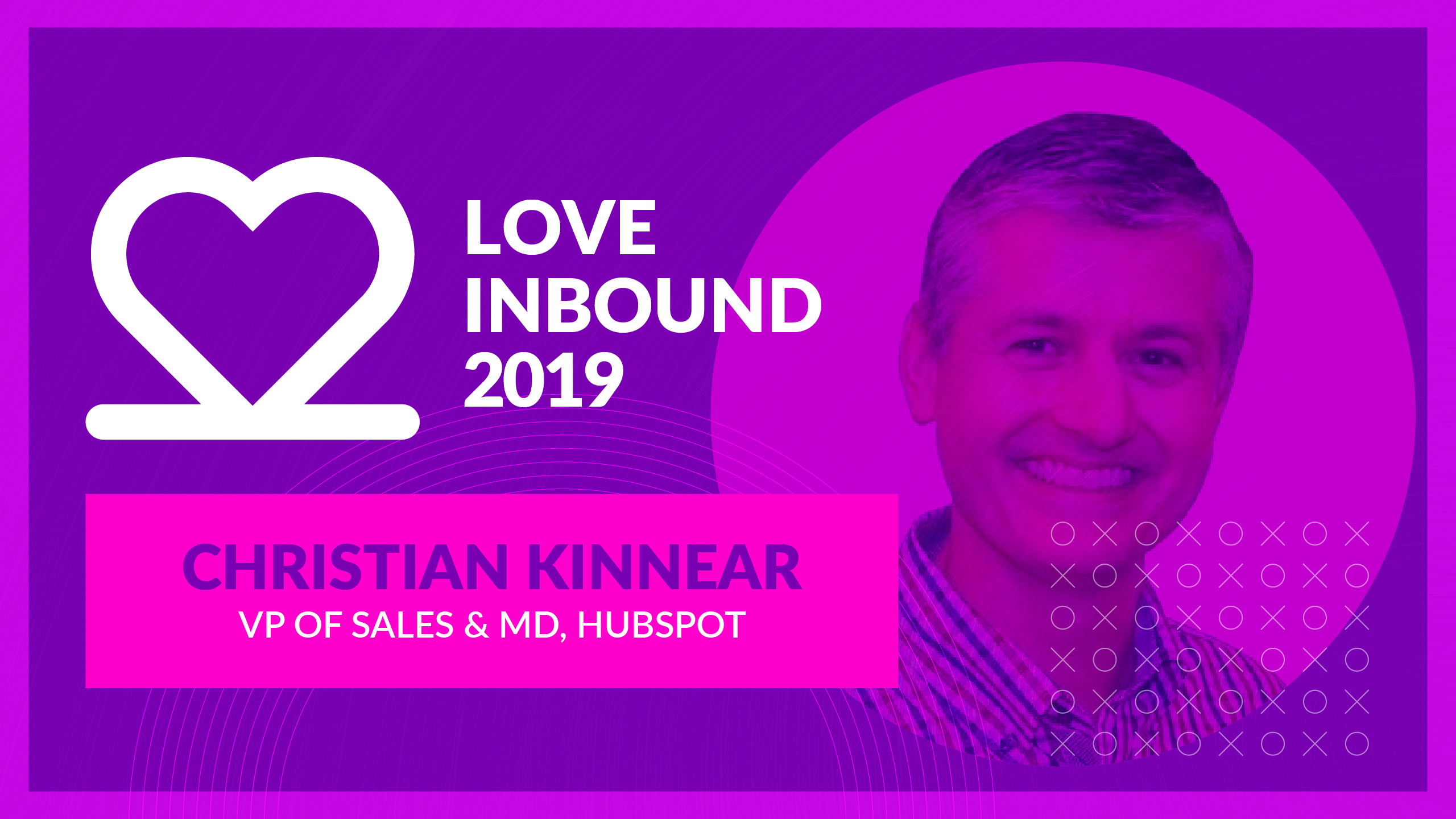 The first-ever LOVE INBOUND event proved to be a massive success. The entire team at Digital 22 enjoyed talking all things inbound marketing with those in attendance and the positive feedback we received about the event as a whole has all but confirmed that the second annual LOVE INBOUND will be going ahead. The event saw industry-leaders delivering plenty of engaging talks. One of the most popular talks to come from the event was from Christian Kinnear - Vice President and Managing Director, EMEA of HubSpot.

What made Christian’s ‘talk’ so different from everyone else’s at LOVE INBOUND was that it was more of a fireside chat. Hosted by our very own Solutions Manager, Caroline, Christian gave us plenty of insight from his role at HubSpot to what we should look forward to in the future.

After a quick-fire question round featuring the likes of coffee, rugby, Guinness and Ferrari, Christian gave us an insight into how he managed to get to where he is at HubSpot today.

What HubSpot Has Planned

Joining in 2015 as the Head of Sales in Dublin (HubSpot’s first location outside of the US), Christian saw a quick rise as he became the MD, yet he continues to “wear both hats”.

He revealed that he found HubSpot and the role through his own search. HubSpot was producing plenty of content for people in his position and it worked with him getting involved with the company. That in itself shows that inbound marketing works.

In the video - which you can watch above - Christian revealed that he’s proud of the fact that paid customers and free users are using HubSpot and are actually getting plenty of value from it.

One of the things HubSpot users in attendance were looking forward to the most was hearing about what HubSpot has in the works for the future.

Caroline managed to get out of Christian that HubSpot will open a new office in Paris very soon and that there’s going to be a big focus on HubSpot’s Customer Code. Product-wise, Christian explained that HubSpot will look to make the Marketing, Sales and Service Hubs stronger - so that’s something to definitely keep an eye on.

If you want to hear what Christian had to say about everything above in more detail, the role agencies play, a Q&A session from the audience, HubSpot’s products and so much more, then hit play on the video at the top of this blog.

Or if you want to find out about some of the other talks from LOVE INBOUND, then check them out below.

How Can I Attend the Next LOVE INBOUND Event?

We received amazing feedback and learnt plenty from the inaugural event, so it’s time for us to knuckle down and finalise some details to make the next one bigger and better.

If you want innovative insight on all things inbound marketing, a platform to get your thoughts across and to hear from industry experts like Christian, then make sure you register your interest early. Holmes Mill will once again be the venue with LOVE INBOUND 2020 taking place on 26th February 2020.

Register below to save your seat.

Our first ever LOVE INBOUND event was a huge success. Not only was it an amazing day for all involved, but the level of knowledge and expertise on display was incredible. We had guest speakers from industry leaders and Digital 22’s own team and we’re certain that nobody in attendance could’ve possibly gone away without bags more knowledge than they started with.

No inbound marketing event would be complete without input from HubSpot. That’s why at our first-ever LOVE INBOUND event, we managed to secure three industry leaders, Christian Kinnear, Aidan O’Leary and Robbie McFarlane who flew over from HubSpot’s Dublin headquarters. In this blog, we’ll touch on what Robbie had to say at LOVE INBOUND.