From Microphones to Host Sites: How Much Does Inbound Video Cost?

Microphones, cameras, editing software - there's a lot of equipment you'll need to start creating inbound videos. But how much is it going to cost? 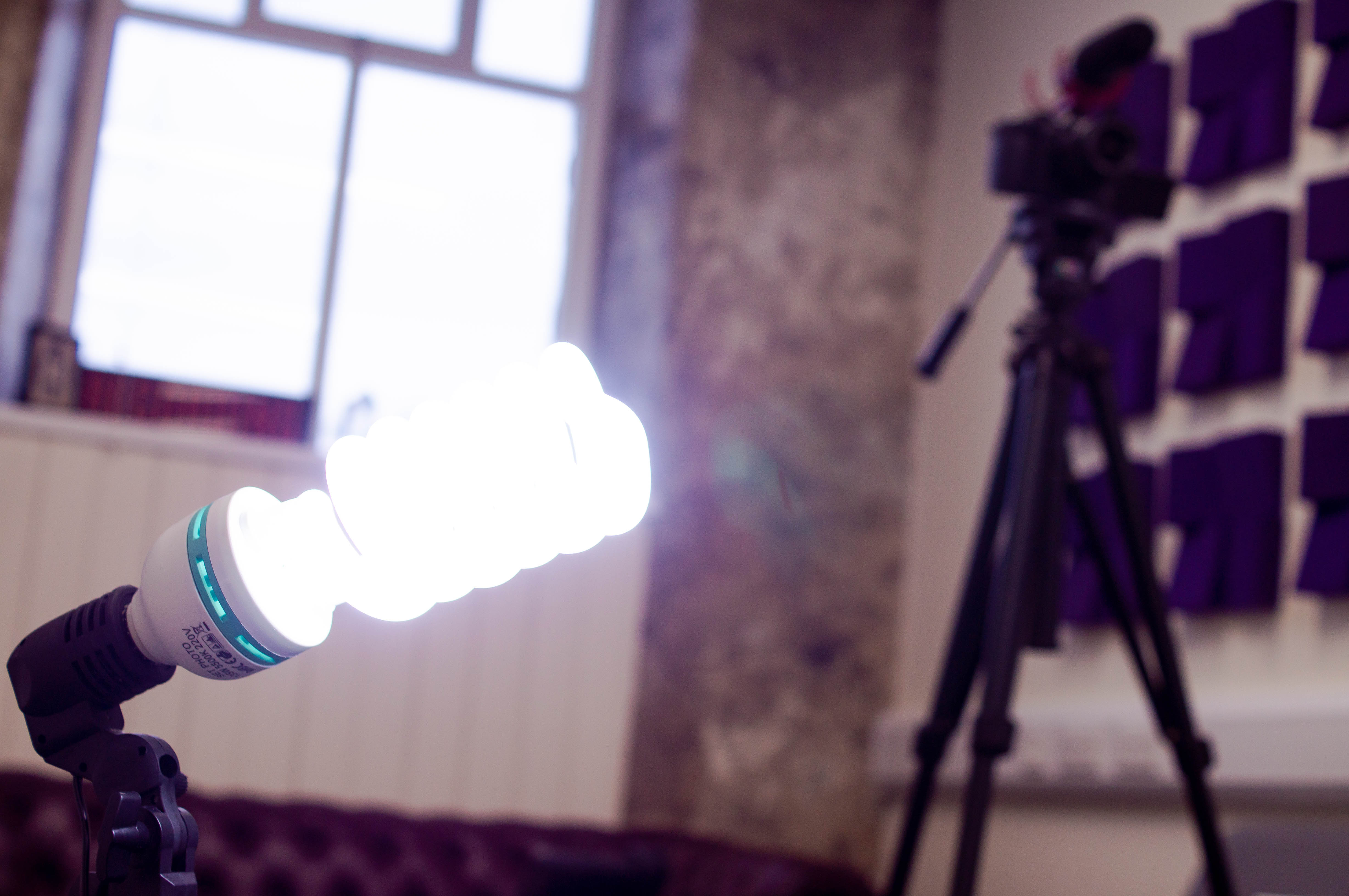 You’ve got to spend money to make money and that’s especially true when it comes to creating inbound videos. They’re effective, engaging and will boost your next marketing campaign, but they come at a cost.

If you’re starting to shop around for the equipment and software you’ll need, then here’s what it’s going to cost you.

What You’ll Need to Make an Inbound Video: The Basics

Obviously. You can shoot quick videos on your smartphone but for most video types, you’re going to want to invest in a camera. If you aren’t especially proficient when it comes to cameras, then we’d definitely recommend getting one at the cheaper end of the scale to have a play with.

Cameras like the Nikon D3300 have everything you need to get started and are available for less than £300.

You can create the perfect video but if the audio’s no good, then the whole video is unusable. If you’re looking for a microphone that you can just plug in and use without worrying about intricate audio settings, then we’d recommend the Blue Yeti.

It’s normally around £100 for a Blue Yeti microphone but you’ll also need to find some clip-on mics if you’ll be doing pieces to camera or interviews.

Apple iMovie is a good place to start if you’re unfamiliar with editing software. It’s easy to use and there are plenty of tutorials out there to help if you get stuck. You won’t find many bells and whistles, but it can get the job done and it’s free to download as long as you’re already using a Mac.

A camera, microphone and editing software are the key components of an inbound video, but without these extra bits of equipment, you’re going to struggle. It’s easy to forget about this stuff when you’re starting out with video creation, so make sure to keep them in mind so you aren’t met with any unwanted bills.

SD Cards are essential and you’ll need to pay around £20 for a 64GB one that’s compatible with your camera. To make sure your shots are professional, you’ll need a tripod which is another £30. Lighting, batteries and screen recording software are other essentials you’ll want to get your hands on.

Choose a host site for your videos so that they’re all in one place and easy to find. YouTube is completely free but there’s a lot of competition. There are other options, like Wistia, Vidyard and Vimeo, so have a look around and find the right one to suit you. You’ll need to pay for some of them but there are extra benefits like detailed analytics, ad-free videos and useful integrations.

With a bit of savvy online shopping, we’re probably going to get everything we need for less than £750. Not bad for a first attempt at inbound video. It’s a good way of learning how things work but you’ll need to reinvest in more advanced gear to avoid being restricted in what you create.

What You’ll Need to Make an Inbound Video: Advanced Level

Again, obviously. If you want a state-of-the-art camcorder to create your inbound videos then you’ll want something like the Sony PMW-EX1. It’s going to be able to deal with anything you need it to, capturing footage in stunning quality. You’ll need to fork out upwards of £5,000 though.

The Shure SM7B will capture perfect audio. The Blue Yeti has its limits, but the Shure SM7B basically doesn’t. It’s used in studios, radio stations and podcasts because of how crisp and clear the audio quality is. It’s four times more expensive than the Blue Yeti though - usually around £400.

Once you’ve got your footage and audio, it’s time to edit. Programmes like Adobe Premiere Pro and Final Cut Pro X are pretty easy to get your head around and have most of the functionality you’ll need to create your videos.

For the Teams package of Adobe Premiere Pro, you’ll need to pay around £25 per month, for example.

The more advanced your equipment and ambitious your videos, the harder the skills are that you’ll need to master. If you’re new to video and you’re just getting to grips with the whole process, then you’ll really feel the step up in difficulty.

At this point, you have a few options available to you.

Watch video tutorials and do as much practising as you can with the equipment. You basically need to go from novice to master in as short a time as possible. Practice makes perfect but if you don’t have the time or resources to do that, then your videos are going to be low-quality.

So you aren’t great at video production, that’s fine - just hire someone who is. You’ll probably need a video producer, maybe an editor and someone who’s capable at animation if that’s an avenue you want to explore. You’ve probably already guessed that these highly specialised staff don’t come cheap.

3. Work with an Experienced External Agency

If you have big ideas but not the equipment or knowhow to follow through, then you should think about working with an external agency. Video production is their bread and butter and they’ll be able to provide the crew and equipment to carry out your shoots. They can make your vision a reality.

Everything You Need to Know About Inbound Video

You’ll now have a general idea of how much it’s going to cost for your business to start creating inbound videos. Before you get started, there’s still plenty to learn to make sure you’re creating videos that are going to have the right impact on your audience.

Download our comprehensive guide now for everything you need to know about inbound video.

What is Inbound Video?

Just like (written) content marketing, video marketing isn’t a brand new principle that marketers have stumbled upon thanks to pursuing inbound methods. The key difference is that the priority has always fallen on our written content and not on getting behind the camera and filming inbound videos that can achieve the same - or more - goals. It’s now more important than ever to dive into inbound video and make it a key part of your marketing strategy. But what exactly is inbound video?

How to add video content to your inbound marketing strategy plan