A website design process that takes away the stress and delivers results. Your website is too important to only develop once every few years.

The traditional way is broken.

The traditional way of designing websites includes a frustrating three to six month design period, a launch which is usually a let down because it's based on assumptions and a site which doesn't improve until your next full re-design three to four years later.

You need an agile process.

Growth-Driven Design (GDD) is different because it’s an agile website design process which allows for a quick launch and continuous improvements based on data.

Why is the GDD process better for marketers like you?

Let’s face it. All your boss cares about is the results and that’s where GDD comes into its own. GDD is based on real user data and becomes better over time as we learn where the points of friction are and what users really need. With GDD, results really do outshine traditional web design.

You can see below the typical difference in visitors, leads and revenue from GDD vs traditional web design…

Because you know everything's happening for a reason.

As well as the results, we know marketers like you care about the process - after all, it’s you who needs to manage to process and expectations internally.

With GDD, you can get a website live in 30-60 days, typically four times faster than traditional web design. That means we get to launch much faster; the pressure is off you and we can start improving the site - rather than waiting around.

Spread the cost. Remove the risk.

Rather than paying out the full fee for the website on completion (or even before), with GDD, the cost is spread over a longer time period.

With GDD, you’ll pay an initial fee to cover the strategy meetings and the launchpad website, but this is typically only 30-40% what you would pay out with traditional website design. Then you pay a small continuous improvement fee each month. In the long run, you may pay more, but the results will speak for themselves. You get a website that continually improves using measurable data without losing leads and customer interest.

You get a website that continually improves using measurable data without losing leads and customer interest.

For you, this strategy means it is much easier to budget. Instead of going to your boss and asking for a big, one-off pot of money for a website build every two to four years, you can budget in a modest ongoing cost instead.

What exactly is the GDD process?

The GDD process can be broken down into three distinct stages: blueprint, build the engine and performance tuning.

Here we develop an empathetic understanding of your audience's world and how the website can solve problems along their journey.

Quickly build a website that looks and performs better than what you have today, but is not a final product. Rather, your Launch Pad is the foundation on which to build and optimise from.

Verify we have a consistent flow of organic visitors for testing and hitting goals.

Creating real value for the user.

Make sure users can find the value as easily as possible and leave the site feeling happy.

Analyse points of friction on the site to reduce them, resulting in a smoother user experience.

Ensuring visitors come back to solve their points of pain.

Provide a personal experience for users based on their persona type or lifecycle stage.

Find ways to get users to tell other people about the site.

Why choose Digital 22 for your GDD project?

We have worked with and been trained by Luke Summerfield, Founder of Growth Driven Design, and are therefore a fully certified GDD agency (one of only a handful in Europe).

Not only do we understand GDD and use it to get results way beyond client expectations, but we also produce when it comes to design and aesthetics (a rare combination). “From the very first interaction with Digital 22, I was highly impressed by their professionalism, knowledge and willingness to help. Digital 22 has a family feel to the business and everyone truly cares about their brand and the customers they work with.”

“Digital 22 are a pleasure to work with. They always make themselves available to offer their expert advice and go that extra mile to make it happen, which is really appreciated. Don’t get stressed about your inbound marketing, just call Digital 22 and work with professionals.”

“The team at Digital 22 have gone above and beyond with the service they have provided us, with the launch of 5 e-commerce websites, fully integrated with HubSpot. They also have a great local social club just around the corner that you can get 4 pints and a coke for £13:-)”

“I’ve launched a lot of organizations on Vidyard and Hubspot I can confidently say that the Digital22 team have mastered both! Their depth of understanding on how to leverage video is top notch and they were all wonderful to work with.”

“Attended an SEO training day with the guys from Digital 22 and it was great. Despite the training being in marketing and my role being in programme, it was hugely beneficial and will certainly allow me to perform better in my core tasks.”

“Great at explaining processes and answering any questions. Would highly recommend.”

“I have worked with Digital 22 to implement HubSpot and inbound marketing. Fantastic service, they get right into the core of your business to make sure that you get the very best from this great CRM system.”

“Very good, Jack is excellent and always willing to help no matter what the problem going over and above.”

“Digital 22 is an agency that not only advises and teaches others but implements all of it for their business meaning that you can trust that it works. A great team to work with, super down to earth and incredibly knowledgable.”

“The Digital22 team are true experts in digital marketing. It's rare that we've seen this much talent under one roof. Their unique ability to build strategy and structure to drive real business results is second to none. On the technical front, not only do they know how to deploy HubSpot so that you get the most out of it, but they're also experts in deploying, managing and driving even more value with integration partners.”

“Digital 22 team members are super experienced in inbound marketing in quite a few areas. Since they have so many successful campaigns under the hat, we ask them to share their expertise & tips in our research articles and experts' roundups, especially when it comes to video marketing, lead generation and email marketing. It's always a pleasure to work with them.”

“They have been excellent, both as a Hubspot implementation partner and outsourced marketing team. They turn up on time and in a positive frame of mind, they are always full of good ideas, but are willing to listen to ours. They are expert digital operators, but willing to learn about our market and walk with us through what is an incredible period of change. Not only that, but they're all nice! I hope that Digital 22 continue to build on their ambition to be inbound leaders in the UK and make Clitheroe the centre of the known universe for digital marketing while they're at it.”

“Exploring the use of new technology can be intimidating . Having a team who can authentically help you navigate the process and who are able to design bespoke solutions for your sales and marketing needs is absolutely imperative. I appreciate the ease of which their education sessions were facilitated as and when required , along with their constant support and guidance . We worked well together as a team to ultimately design a system which would meet all of our requirements . Thanks for your engagement and interest in our success .”

“It's not often you work with a company that are honest, friendly and have good ideas. Digital 22 are exactly that. They have provided good ideas for campaigns, but have also supported the implementation of Hubspot, which goes beyond the traditional Marketing processes. No task is too complex and where challenges have been highlighted, Digital 22 will always come up with a solution.”

“We've just started working together with Digital 22 to help us with our HubSpot move, and so far I can only say positive things. Rikki and the team are delivering great training sessions and "holding our hands" during this implementation period! Very helpful, would highly recommend!”

View our pillar page for an exhaustive and in-depth look into the GDD methodology. 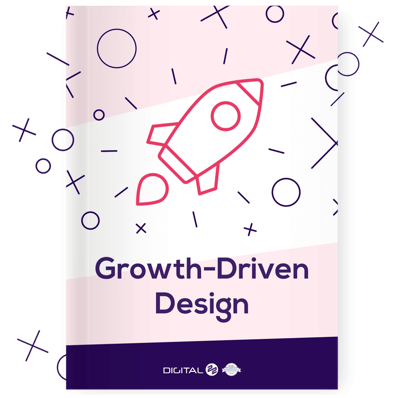 You can choose a time that best suits you. Just pick a slot in the calendar below...

Alternatively, you can call right now and one of the team will be able to help.

We’ve got stacks of free guides and resources.

If you know what services you’d like, take a look at our prices.

There are over 600 HubSpot and inbound marketing blog posts.